Notice: This wiki uses content directly taken from the Archieverse Wiki, including this page, templates, images, videos, articles, javascript, CSS, and themes, and is licensed under the Creative Commons Attribution-Share Alike License.

The Witch is Back!
It's been 15 years since the sitcom Sabrina the Teenage Witch was dropped. Now Netflix has given the story a new makeover — and in fact, the teenage witch is unrecognizable. Of course, Sabrina is still sympathetic, but the world in which she moves has nothing in common with the casual feel-good setting that we know from the original series. Chilling Adventures of Sabrina is a gritty adaptation of the eponymous horror comic, a dark fairy tale about a young woman who has to find her place in the world between hell and high school while the devil is hot on her heels. 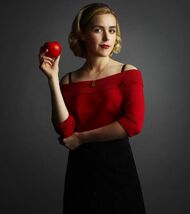 Sabrina Spellman is a young woman, half human, half witch, who tries to reconcile her two sides. She is just beginning her sorceress training while trying to maintain a normal life as a Baxter High School student. 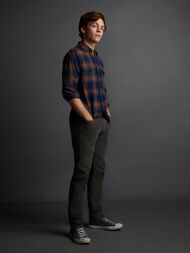 Harvey Kinkle is the prince of this dark fairy tale. He is Sabrina's friend and has no idea of the dark forces that want to keep the two of them away from each other. Harvey is a sensitive young man with artistic talent who suffers from his dominant father. 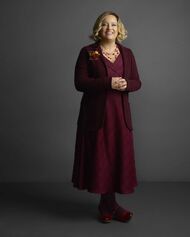 Hilda is the younger of the Spellman sisters Sabrina grew up with. She has been fighting her entire life against her authoritarian sister, and yet she has kept a basic happiness. She is gentler than Zelda, but also has a dark side. 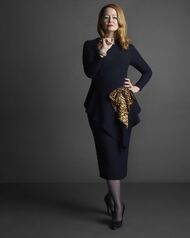 Zelda is the older of the two Spellman sisters and puts a lot of emphasis on order and discipline. She does not care much for humans, her devotion to the Dark Lord is everything to her. 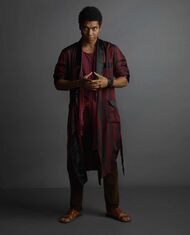 Ambrose is Sabrina's cousin and one of her key allies. He lives in the house of the Spellman sisters, which he can not leave until he has served his sentence for a serious crime.

Nicholas Scratch is a young sorcerer who studies at the Academy of Unseen Arts. He is a great admirer of Sabrina's father and the two become close real fast. 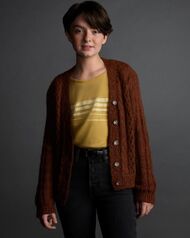 Susie Putnam is one of Sabrina's best friends and leads a hard life. At school she is bullied, at home, she lives with a supernatural threat under her roof. 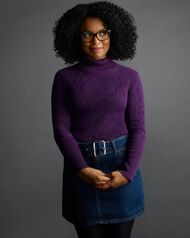 Rosalind Walker is the daughter of the local priest and Sabrina's best friend. She is struggling with a terrible disease but is determined not to let it get her down. 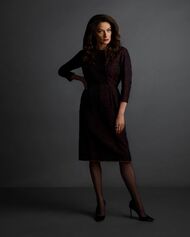 Sabrina's teacher Mary Wardwell is seized by a loyal servant of the Dark Lord and follows Sabrina to make sure she makes the "right" choices for the future.
Dark Baptism

Sabrina has mixed feelings towards her Dark Baptism, a meaningful ceremony in the life of a witch on her 16th birthday. On this occasion, she writes in the so-called Book of the Beast - in return for power and immortality. The witch has to undress before the ceremony except for her underwear and sign with her own blood. Her family and important members of the magical community act as witnesses. Read more here...

If you see this, your JavaScript might be disabled or DiscordIntegrator plugin isn't working. If the latter, please contact a wiki administrator. 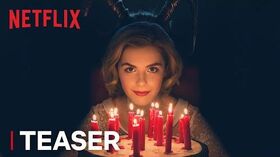 Retrieved from "https://adventuresofsabrina.fandom.com/wiki/Chilling_Adventures_of_Sabrina_Wiki?oldid=2050"
Community content is available under CC-BY-SA unless otherwise noted.